Are You Ashamed to Admit That You Watch Celebrity Apprentice? 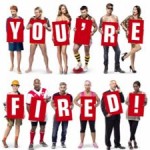 There’s nothing like a good reality TV train wreck. We all know that we are not supposed to look. It’s not politically correct to indulge in the shortcomings or misfortune of others. But we just can’t help ourselves, can we? The show is SO bad, it’s almost addictive.

The Celebrity Apprentice is a reality-show-train-wreck like no other. Where else can you find a group of 12 wanna-be-celebrities who don’t have an ounce of talent, business acumen, common sense or humility between them? I mean seriously, where did Channel 9 get these people? They are touted as 12 of Australia’s most well know personalities. If that is true, God help us all.

The premise is admirable – the celebrities have been asked to bring their time, creativity and rolodexes to raise money for their favorite charity. Someone must have forgot to brief Deni Hines on these basic requirements because she refused to sing in one of the challenges (which is something she is supposedly famous for) because “she needed to protect her brand as a singer, animal activist and vegetarian.” Is she serious? Deni may want to re-think that strategy because she did more damage to her own brand in 2 weeks on the show than Allan Joyce did by grounding the entire Qantas fleet.

The only redeeming feature on the show is the ever charming, Mark Bouris. He comes across as engaging, fair and straight down the line. However, the show seems more like a glorified 60 minute advertisement for his company, Yellow Brick Road, than a charity fundraiser or bona fide reality series.

Either your producers have completely run out of clever and entertaining ideas or you’ve grossly underestimated the IQ of the average Australian. We all expect reality TV to be staged, sensational and surreal. The Block, Australian Idol and Masterchef fit this bill perfectly. However, Celebrity Apprentice is just plain stupid. The formula is uninspired, the talent is questionable and the show simply has no point.

Seriously mate, were not in Kansas anymore! These 12 contestants have as much chance capturing the hearts and attention of the Australian public as you and I have of meeting the Wizard of Oz on the Yellow Brick Road.