5 Clues That Your Press Release Sucks 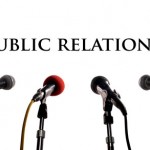 Right now you are probably asking yourself “how does she know that?”.

I haven’t even seen any of your press releases… and that’s OK, I don’t need  to. I already know the answer. Trust me!

First of your press release is WAY too long…

Second, you don’t have any bullets in them. Media people have the attention spans of mosquitoes and you need to feed your story idea to them in a press release with 30 second sound bites.

Third, no one cares about your product, service, company or book. You need to  react to what is in the news today! You aren’t doing that, are you? How does  what you have to sell relate to the latest sports scandal, celebrity melt  down, internet scam or politician who has accepted a free flight on Qantas?   Does your press release fix a major problem that listeners/readers have today?

Fourth, no one is reading your press release because you are mailing or  faxing them out in bulk and not following up. You need to electronically send them out to several places (both local media and big online services like  prlog.com) and follow them up with an actual phone call.

Finally, make sure you turn your press release into an article and send them  out to Ezine release companies, post them on your blog, mention them on social media (Twitter, Facebook, G+, LinkedIn, Pinterest)  and include them in your Enewsletter blast to your database. Remember, you will  be lucky if you receive a response to your first press release. The key is to be  short, sharp, newsworthy, interesting and persistent. Relevancy, follow up and  persistence are the 3 keys to your success.

Stay tuned for my next installment where I am going to show you how to write a $10m Press Release!

There are no comments yet, but you can be the first