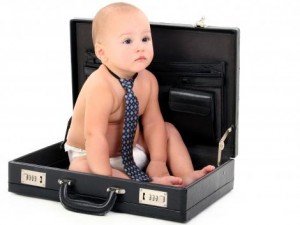 What if the best quantifier for business success is not be your IQ, emotional intelligence, charisma, or good looks? New research indicate the secret may reside in the level of testosterone you were exposed to while in your mother’s womb and the impact it had on the length of your ring finger.

Are Females at a Disadvantage?

Despite the fact that many women start small businesses, statistics show that only a small percentage of Fortune 500 or venture funded businesses are headed up by women.  And there are a lot of ideas and reasons put forward for “why” that is – most women don’t have enough technical expertise, most VCs are headed by men (and they are by and large sexist boys clubs), women find it harder to juggle family and career, fewer women ask for money etc.  Unfortunately, most of these are just hypotheses and none of them have been proven to be true.  Furthermore, they don’t explain the interesting outliers – why do some women break through and achieve phenomenal business success?

Let’s Look at The Science….

Economists Aldo Rustichini and Luigi Guiso were particularly intrigued with the answer to that question.  So much so, that they ran a studyinterviewing over two thousand Italian male and female small-business owners.  Halfway through the interview, each entrepreneur was asked to hold out their right hand so that a photograph could be taken of their palm.  The researchers wanted a close up of each hand so that a precise calculation could be made of the length of the ring finger relative to the index finger.

Those (male and female) with longer ring than index fingers, were found to be more assertive, competitive, stronger (stamina) and more willing to take risks.  Also, the most successful among them (in terms of business success) were found to have ring fingers 10 to 20 per cent longer than their index fingers.

And as you hold up your hand now to examine your biological endowment, you’re probably questioning the efficacy of this research?  It sounds implausible doesn’t it?  Truth be told, it’s not really about the length of your fingers per se, but what was going on in your mother’s womb during your early months of gestation.

Just after the first trimester, fingers begin to become more defined and elongate.  The early limbic brain is also forming and becoming organized. Both are affected and influenced by the prevalence of testosterone and oestrogen in the womb. Interestingly, the foetal ring finger has many receptors for these hormones, while the index finger has less. The presence of testosterone lengthens the foetal fingers, while oestrogen stunts or stops their growth.  Thus, the balance of the two hormones in your mother’s womb directly impacted the length of your ring and index finger differently and the development of your brain.

While all of the ways that these hormones impact the brain are not yet fully known, researchers have noticed that higher levels of prenatal testosterone hardwires your brain to be more sensitive to testosterone, permanently.   For those of you who were exposed to more testosterone during this formative period, it means that your body now reacts more strongly to fluctuations in bloodstream testosterone.  And it’s also why men’s ring fingers tend to be a bit longer, while women’s index fingers are a bit longer on average.

All of this is of course just a convoluted way to explain that the length of the ring finger is a reliable marker for fundamental brain system differences and also pre-disposition to your ability to be able to deal with stress and testosterone.  These factors have also been found to correlate with business success.

This study seems to suggest that entrepreneurs are in fact special – hard-wired that way from the earliest stages of foetal development. More men might statistically be wired this way than women, but if you are wired this specific way, it transcends gender.

But Wait, Here’s A Fascinating Distinction….

In the Italian study, the successful female entrepreneurs displayed a distinctly male pattern: their ring fingers were longer. In fact, it was a much more pronounced difference in length than the men’s. And their ring fingers weren’t the only things that were bigger: on average, they ran bigger companies, with higher growth rates and displayed a greater capacity to withstand enormous workloads and pressure.

Now before you get too excited and insist on taking a photo of the hand of every entrepreneur that you might invest in, or get depressed because your own ring finger is shorter, not all of this can be chalked up to determinist biology.

Even Rustichini is cautious about these findings and postulates that all of these biological components may only encompass 40% of the explanation. The other 60% is highly influenced by experiences and conditioning (nurture).  If the environment that you are brought up in as a child does not support your entrepreneurial spirit (particularly if you are a woman), then your potential will be markedly curtailed, regardless of your genetic predisposition.

The good news, however, is that sex is more of a distraction than a determining factor.  Finger length tells you far more about potential business success than gender ever will.  However these foetal stage brain differences, coupled with the early childhood environment, each play a role in determining which entrepreneur has the stamina, persistence, confidence and risk-taking tolerance vital for success.  Thus, it appears that biology has something to do with business success and growth, but it still might be a bit premature to run out and blame your parents!

**This blog is an excerpt taken from a series of posts and press releases on this subject in 2012 by Rhondalynn Korolak. She is a lawyer, chartered accountant, media commentator, keynote speaker and best-selling author of 3 books, the most recent of which –Sales Seduction–is in theTop 20 Sales and Marketing Books on Amazon.com