Is Alcohol Bad for Business? 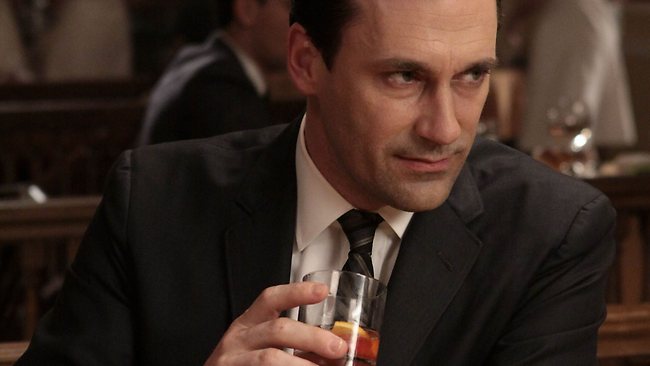 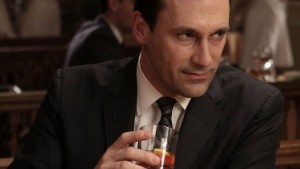 Imagine yourself at a business networking event or at a dinner with a prospective boss or client. The waiter offers you a tantalizing assortment of drinks but instead of sparkling water or soft drink, you select a glass of red wine.

In your mind, it seems innocent enough and you presume that holding that glass of wine will make you appear more intelligent, successful, interesting or debonair to your potential boss or customer, right?

Unfortunately, you’re only 2 minutes into the night, and you may have already made your first rookie mistake – which could cost you your chance of landing your dream job, picking up a great new client or doing business with someone in the room.

So what went wrong?

We see images of alcohol being consumed in a business context all the time – sexy, successful men like Don Draper and Jordan Belfort, living the high life and partaking in alcohol to spark creativity, boost confidence, bond with colleagues or build rapport with clients.The association with fun, virility, worldliness and success has been deeply ingrained in our culture through print media, TV and Hollywood film.

Unfortunately, the association of alcohol with drunkenness (or at least impairment) is even more deeply embedded in the subconscious of your mind.In fact, even if you just see someone holding a glass of wine at a business networking event or on a social media site, it will likely reduce your assessment of their intelligence. Research proves that even a stone-cold sober person holding a glass of wine suffers an apparent 10-20 point IQ drop, not in real terms, but in the eyes of the observer.

Why Do We Unconsciously Judge People Who Consume Alcohol?

The “imbibing idiot bias” is documented in a 2012 study by Scott Rick (University of Michigan) and Maurice Schweitzer (Wharton – The University of Pennsylvania). Their work demonstrates, among other things, that subjects viewed holding a glass of wine at a business networking event were judged to be less intelligent and less appropriate for hiring. Conversely, participants who were pictured with a soft drink were viewed as more intelligent and more hireable.

These conclusions were further explored in a March 2013 Australian survey of 100 business owners who attended an after-business networking event. 71% reported having at least one alcoholic beverage, while 36% reported having at least two. Not surprisingly, the 36 respondents reported the least number of business cards exchanged and qualified leads gained. The 29% who did not consume an alcoholic beverage exchanged twice as many business cards and gained 41% more leads.

The “imbibing idiot bias” is an example of a phenomenon called “the priming effect.” Priming occurs whenever decisions and actions are predisposed, hastened or influenced in a particular direction by the context, visuals, emotions, or symbols presented.

Why is Priming So Damn Effective?

Priming works to influence and persuade because most of the drivers behind the choices and decisions you make every day happen primarily below the level of thought and consciousness. This means that all of us – executives, job candidates and business owners – are strongly influenced by intangible factors that largely go undetected by the rational parts of our minds.

Evidence of the priming effect is all around us – at work, at home and in the media.

It is the reason why presidents pose for photos while sitting behind a large wooden desk, surrounded by a flag, a photo of their family, and bookshelves full of leather bound books. Without saying a word, the context has already predisposed or influenced your opinion of their values, work ethic, and intelligence. And it also explains why voters tend to cast more politically conservative ballots if asked to attend polls in or near a church location, as opposed to those who vote near government or secular buildings.

Despite what you might think, alcohol and business don’t mix!We are conditioned to associate alcohol with cognitive impairment, and even when no such impairment is present, the association still sticks and we will automatically judge the person partaking as less intelligent and less suitable for doing business with.

In challenging economic times, where perception and first impressions can make the difference between thriving and barely surviving, it makes good sense to avoid alcoholic beverages when you are networking, interviewing, selling or posting in social media environments. In light of many people’s liberal views toward what they say/post online (all of which are very easy to access by an employer, recruiter, customer or supplier), this research could help you make the best impression possible in business.

Understanding how strongly the human brain is influenced and primed by subtle cues (such as a glass of wine or beer) can prevent you (or one of your team members) from unwittingly committing an act of reputation suicide at a business networking event.

Does The Imbibing Idiot Bias Also Apply To Social Drinks With Colleagues?

In sharp contrast to this, however, there have been several recent studies (*see research excerpt below) that seem to indicate moderate alcohol consumption may increase social bonding between team members and stimulate longer conversations.While alcohol and business networking, prospecting and interviewing don’t mix, there is some evidence that in the confined setting of drinks among existing team members in an after work social context, moderate consumption allows for increased social bonding, engaging conversation, camaraderie and positive displays of emotions.

There are also specific industries and certain cultures where alcohol consumption is more acceptable and in some instances encouraged.  In fact many executives who specialize in doing business in Asia will insist imbibing is a must if you want to build relationships and do business in Asian countries.

Summary – Do Alcohol and Business Mix?

Under limited circumstances (i.e. team bonding, certain industries, specific cultures), alcohol and business may in fact mix.However, for those of you who are looking for jobs, clients, joint venture partners, suppliers etc,. it may still be very prudent to err on the side of caution and not indulge in front of someone that you are trying to make a good impression with. While a glass of wine or beer might taste refreshing for a moment, it may to curb your ability to attract leads, clients, positions, investors or partners. It should be noted that most of the research on this topic to date appears to be localized – it would be valuable to see more studies done in other countries and cultures where different associations may have been built up over time. These cultural nuances would of course impact the judgments that business people (in those industries or countries) would make when alcohol is served and it would be exciting to see if these initial studies have global applicability or not.

[*A team at the University of Pittsburgh recently conducted a study with 720 participants divided into small groups. Each participant received three drinks (either alcoholic, non-alcoholic or a placebo) over a 36-minute period. The subjects were videotaped by a hidden camera as they consumed their beverages and conversed. Then, experts in facial expressions and speech patterns evaluated their interactions with each other and found that moderate amounts of alcohol:
• Increased the frequency of “true smiles” and reciprocity of smiling;
• Increased social bonding;
• Kept all parties engaged in the discussion longer; and
• Enhanced positive emotions while decreasing negative emotions.]

**This blog is an excerpt taken from a series of posts and press releases on this subject by Rhondalynn Korolak. She is the best-selling author of 3 books, the most recent of which –  Sales Seduction – is in the Top 20 Sales and Marketing Books on Amazon.com,