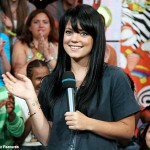 How Can You Achieve (or just have more) Confidence?

Science has already proven that the brain does not know the difference between what is vividly imagined and reality. If we experience only a fraction of what is possible in terms of the stimuli that we notice or pay attention to, and our experiences are directly influenced by what we value, believe and expect, then it follows that by changing what is happening in our mind we can actually change our entire reality.

If you act as though you are courageous, then you will be courageous. If you act as though you are confident and take on the persona of someone who is confident, then you become confident immediately. Because our mind has such a profound influence on our external experience, adopting and making beneficial emotional states a regular habit is the first step to truly mastering your life.

These characteristics or personal attributes are emotional states, not future outcomes or goals, and as such they can be achieved immediately.
For more information on how to manage emotional states and live the life of your dreams, visit our website www.imagineeringunlimited.com and pick up your copy of “On The Shoulders of Giants”.  This book will guide you easily through the process of making lasting changes in your life.  For those of you who have read the book, I highly recommend that you take the second step now and pick up your copy of “Imagineering Your Destiny” audio series.  This relaxing and ground breaking audio program will allow you to move beyond perceived limitations of the past and instill some powerful beliefs, attitudes and habits that will accelerate your success.

The ONLY SECRET You Need to Know About Presenting Masterfully…

One of the wonderful things about personal characteristics like confidence or preparedness is that if you pretend to have them, you have them immediately.  Since the mind doesn’t know the difference between a real or imagined event, acting ‘as if’ is a logical and sensible solution to temporary uncertainty!

Because our mind has such a profound influence on our external experience, choosing to adopt beneficial emotional states is the first step to truly mastering your life.  All that we are and have experienced to date is a result of what we have imagined to be true in our minds. If we are unhappy with the results, our experience can be changed as quickly as we can change our minds and imagine a new meaning. END_OF_DOCUMENT_TOKEN_TO_BE_REPLACED

To Flirt or Not To Flirt…

The definition of “flirt”, according to the dictionary is:

While many may jump to a pre-mature conclusion (no double entendre intended ), flirting is not synonymous with short skirts, sex, massages and unwarranted promotions etc.  I would never advocate using overt sexuality to get business or a promotion.  It simply isn’t appropriate, professional or effective.  What I am speaking about is very simple – it is about two objectives (1) being memorable and (2) developing rapport with another person for the purposes of enhancing your work relationship.