8 Things Every Entrepreneur Can Learn From The Movie Moneyball 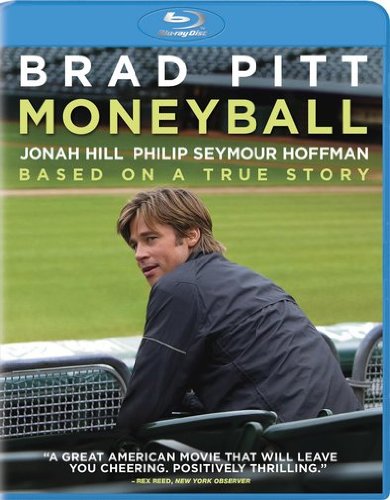 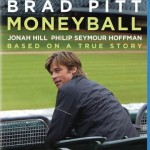 What do you need to do to change the playing field you are on completely?

It’s an unlikely source for great business advice for entrepreneurs.  A story about Billy Beane, the general manager of a major league baseball team at the bottom of the ladder – the Oakland A’s.  Crushed by the big budgets and big name players of teams like the New York Yankees and the Cleveland Indians, Beane is forced to take a risk and do something no team has done before – abandon traditional recruiting methods and employ computer-generated analysis to acquire and trade players.  And in doing so, he changed the face and landscape of the game forever.

The following quotes from the movie were never really meant for you and your business and yet, they reveal some fantastic truths about life and success that will make you a better owner and leader.

It is very easy for you to be distracted by all the issues and rhetoric swirling around the actual problem.   The more you (or others) have personally invested in the status quo, the more you will be prevented from seeing the real problem for what it is.  Seek advice and perspective from people outside your industry — those inside will be emotionally attached to the way things have always been done and thus, they have become part of the problem.

Your number one objective is to determine what the actual issue is, and solve it.  You don’t have time to get caught up in meetings talking about why it is a problem or re-engineering band-aid fixes that have not cured it in the past.

2. We’ve got to think differently.

Your business really isn’t that different from the Oakland A’s baseball team.  If you’re a start up or a small-mid size business, you’re likely working under some tight (and possibly unfair) resource constraints.  If you want to grow and to challenge competitors that have much deeper pockets, you need to level the playing field or you need to change it completely.  It is impossible to beat anyone if you insist on letting others dictate the terms.   You must start by thinking differently.  What would need to change in order for you to have the advantage?  What can you do differently right now to achieve your objective? How can you adapt or modify your approach to get what you want?

Playing the game on your competitor’s terms is no longer a viable option.  It can only lead to frustration and failure.

3. He passes the eye candy test. He’s got the looks – he’s great at playing the part.

Success often depends on good scouting and recruiting. A common mistake that most of you will make is to recruit team members that you like (and have something in common with during the interview) or who look the part. In order to ensure the survival of your business, need team members that can actually do the job that you need them to do. It doesn’t matter whether the candidate has 15 years of experience at a multi-national or comes highly recommended from so-and-so.  None of that amounts to a hill of beans if they cannot do the job.  If you want to boost your success this year, get the right people on your bus.  If you need a good hitter (someone who can close business) don’t hire a semi-retired catcher who is charming in the interview.

It is important to get the right people on your bus. However, in order to do that, you need to figure out exactly what needs to get done and hire people who can do it.  Don’t get caught up in fancy titles, big salaries, stock options and what looks good to the outside world.  If you want to be successful you must be in the business of plugging gaping holes and buying outcomes.

If you need more customers and sales, hire someone that you know can and is incentivized to close business.  It doesn’t matter what you call him, what matters is that he can produce the result that you need to survive and thrive in your business.

5. Why do you like him? Because he gets on base.

Step 1 – figure out what success looks like for the role you need to fill.  Step 2 – don’t hire anyone without a proven track record of achieving that outcome.  Step 3 – Get rid of (or trade) anyone who can’t fulfil their role or who is polluting the office environment.

6.  Where on the field is the dollar I’m paying for soda?

It is good to be frugal and smart with your money but it never pays to be penny wise and a pound foolish. If you want to grow your business profitably, focus on the items that will have the biggest impact on your bottom line and cash flow first. There’s no point focusing on shaving one or two thousand dollars off your fixed expenses if you’ve got $25,000 tied up in dead or slow moving inventory. To make good decisions and take action that boosts your bottom line, you need to measure and track your financial KPIs regularly.

While you might get away with recruiting based on potential, in the end, you can only reward based on results. Time and time again I have seen business owners struggle with the decision to let salespeople, who are not meeting their targets, go. The decision is really a very easy one. Someone has to go. It’s either them or you. You can’t win a baseball game without putting runs on the board and you can’t build a successful enterprise without hitting sales targets consistently.

Patience is a virtue. Don’t pass judgment judge too soon. If someone’s not performing or the team is not quite gelling, take some time to investigate, ask questions and make adjustments. All changes to the team will have a natural breaking-in period.

Too much tolerance can become a vice. Good performers tend to contribute value very quickly – both in terms of their attitude and work ethic. The typical 3 month probation period is more than enough time to make a fair evaluation. When the writing is on the wall, have the confidence to cut your losses and move on.

Despite the Oakland A’s disadvantaged revenue situation, Billy Beane took his team from bottom of the ladder to World Series contender in just a few months. By re-evaluating the strategies that produced wins on the field, they built a winning team with only one-third of the salary budget of the New York Yankees. To do this, they had to do more than just play better a better game of ball. They had to transform the playing field completely.